Croatia, Ukraine And US To Swap Helicopters In A Deal

Croatia plans to supply Mi-8 helicopters to Ukraine and instead buy 20 UH-60 Black Hawk helicopters from the US military.

The proposed helicopter deal was discussed during an Aug 14 meeting between Croatian defense personnel and a delegation from the US House of Representatives headed by Harold Rogers, the Chairman of the House's Committee on Appropriations, local media reported.

If the deal goes through, the UH-60 Black Hawks would serve beside a smaller force of 10 new Mi-17-1Sh helicopters that entered Croatian service in 2008, and 8 Bell 206B-3 Jet Ranger helicopters used for training and light utility duties.

The goal is to offer the Ukraine near-term assistance, while bringing Croatian forces closer to NATO standards. As per the deal, Croatia’s 14 upgraded Mi-8 MTV-1 helicopters would be given to the Ukraine, in exchange for 20 UH-60 Black Hawk helicopters from US Army stocks.

Croatia’s Mi-8s are familiar to Ukraine as it had helped Croatia to repair and modernize 6 of them during 2013 overhaul. Croatia on the other hand has been looking at Black Hawk’s capabilities since July 2014 exercise over Kosovo that involved Croatian Mi-17s and American UH-60s. 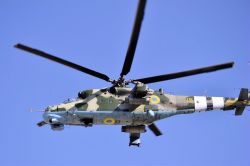 In the aftermath of the Crimean crisis, Ukraine will not refund Moscow for defense orders placed with Ukrainian arms makers. Russias Deputy Prime Minister Dmitry Rogozin Thursday said, the Ukrainian partners “are late with deliveries...

The Odessa Aircraft Plant will continue to repair and upgrade MiG-21 aircraft for the Croatian Ministry of Defense in accordance with the schedule, Oleksandr Stecenko, Deputy Director General of Ukroboronprom State Concern said today. According...

Sweden plans to increase its annual defence spending over the next 10 years, citing the crisis in Ukraine and an "unsettling" development in Russia. The government on Tuesday said that spending would rise gradually until 2024,... 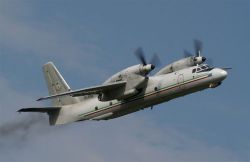 Avoiding Russia, Ukraine Flies Upgraded An-32 To India Via Europe

Ukroboronprom, the Ukraine-based aviation company, has flown over European skies instead of Russia to deliver the seventh batch of upgraded An-32 transportation aircraft to India. The aircraft upgraded in Kyiv in the framework of the contract... 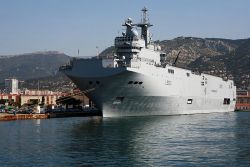 In light of Russias involvement in the Ukrainian crisis, France will consider scrapping a 1.4-billion-euro deal to deliver two Mistral-class warships to the Russian Navy

Allies signed today the Accession Protocols with Albania and Croatia, opening the way for the full NATO membership of these two countries. The Minister of Foreign Affairs of Albania, H

The Pentagon might reconsider supplying Javelin anti-tank missiles, arms and ammunition to Ukraine in its fight against Russia- backed separatists, US administration officials said Monday. The decision has not been made yet

Ukraine has announced it will host the "Arms and Security-2015" show on September 22nd-25th 2015 in the territory of International Exhibition Center (15 Brovarsky Ave., Kyiv, Ukraine) 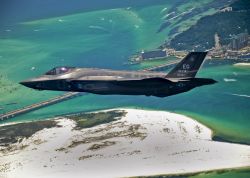 Arms deals that come with hefty price tags are being cancelled in growing numbers with governments preferring to procure weapons for lower costs or develop them indigenously. Earlier this year, India cancelled a $650 million...

The Kharkiv "Malyshev” plant has delivered another batch of military equipment to the ATO area. The order of Natshvardiyi tanks will arrive soon

The largest hull sections of Britain's second of two new aircraft carriers have been docked in Scotland, marking the beginning of the ship's assembly, according to UPI News. According to the report, the two hull sections...