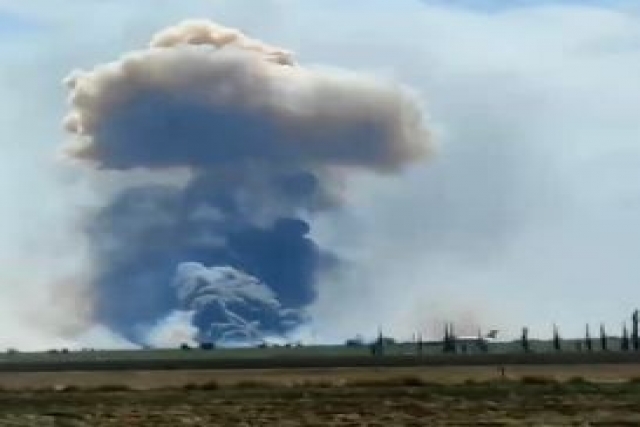 Ukrainian attack on Russia-occupied Saky airfield in Crimea on 9 August, 2022 @via Twitter

Ukraine’s Air Force said several Russian aircraft were destroyed as a result of the 9 August explosions at Saky airfield, Novofedorivka, in the occupied Crimean peninsula.

However, the Russian MoD said no one was injured, aviation equipment was not damaged. The fire is being extinguished, the causes of the explosions are being investigated.

More than ten explosions hit Saky, causing a huge plume of smoke. Russia has disputed the claims and says it was not an attack but a detonation of ammunition. Crimea’s emergency services claimed 3 people were injured but there are few confirmed details about the explosion.

The Russians had stationed Su-30SM, Su-24, IL-76, and other aircraft, Yuriy Ihnat, spokesman for the Air Force Command of Ukraine said on Ukrainian TV.

“According to the explosion [on 9 August], it is clear from the video footage that the aircraft weapons depot was hit because the detonation was serious. And if a dozen planes are additionally destroyed there, then it will be a real small victory,” Ihnat said.

According to The WarZone, Saki Air Base is home to the Russian Navy’s 43rd Independent Naval Attack Aviation Regiment (43 OMShAP). This regiment flies 12 Su-30SMs, 6 Su-24Ms, and 6Su-24MRs. It came to prominence during several encounters with NATO forces in the Black Sea in 2021.

Ihnat added there are 5 airfields in Crimea that Russian jets can use to take-off and launch missile strikes on Ukraine, in addition to dozens of them in Belarus and Russia itself.

Saki airfield in Crimea after explosions @via Russian media

Ammunition detonated on the territory of the Saki airfield in Crimea, the Russian Defense Ministry said, commenting on the explosions in the Saki district.

"On August 9, at about 15:20 on the territory of the Saki airfield near the village of Novofedorovka, several aviation ammunition detonated on the collapsed storage site," the report said.

There was no fire on the collapsed ammunition storage area at the airfield, the ministry added, citing a report from the site.

The Russian MoD did not comment if there were any aircraft present at the site or how the detonation occured. 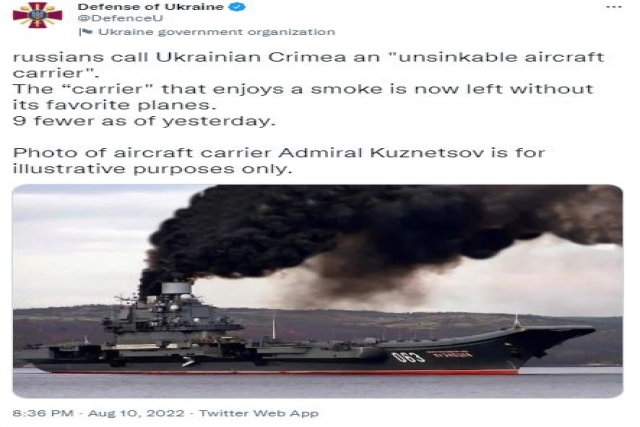 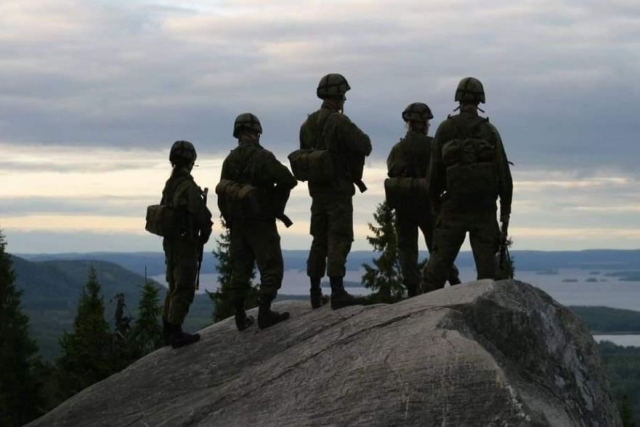 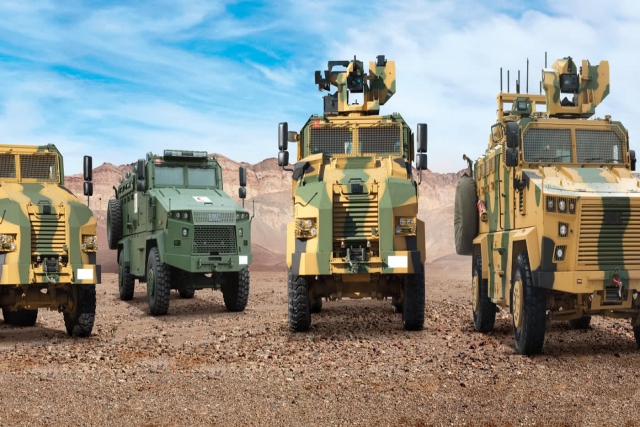 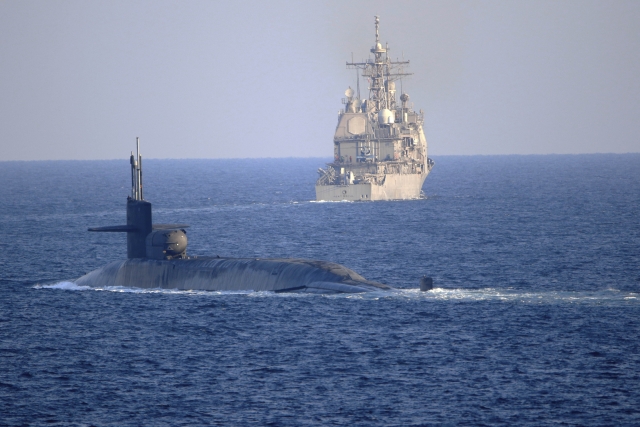 Russia appears to be threatened by U.S 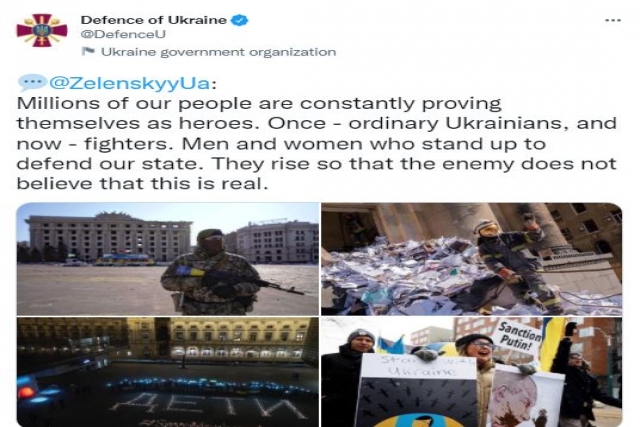 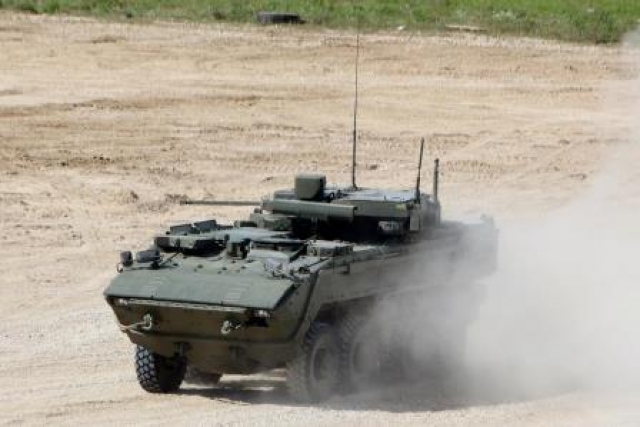 Rosoboronexport JSC, a subsidiary of the Rostec State Corporation will be exhibiting nearly 200+ modern export oriented weaponry and equipment at the ARMY 2022 International Military-Technical Forum. “In 2022, more than 1000 pieces of weaponry and... 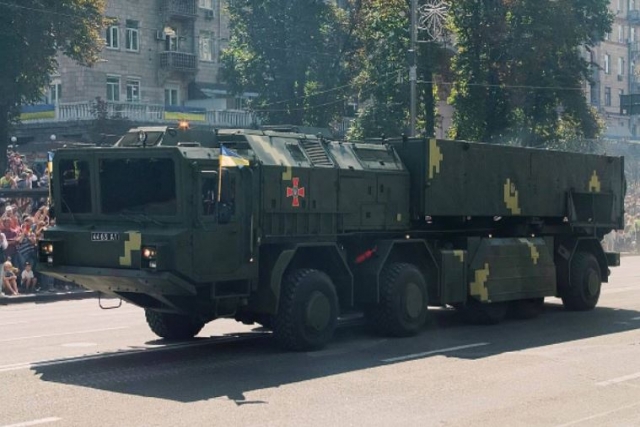 Ukrainian-made Grim System used in Attacks on Russian Base in Crimea?

Ukrainian experts believe locally-made Grim (Sapsan) heavy missile launchers were used in the attacks on Saky airfield in Crimea, making it the first combat use of these systems. On August 9, Ukraines Air Force said several... 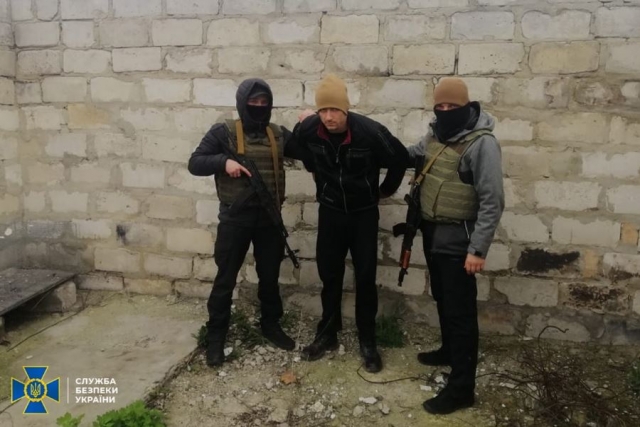 The Security Service of Ukraine (SBU) has arrested one of its own employees in Kharkiv suspecting him of spying for Russia. In a statement, the agency said that the ‘traitor joined shortly after the start of...