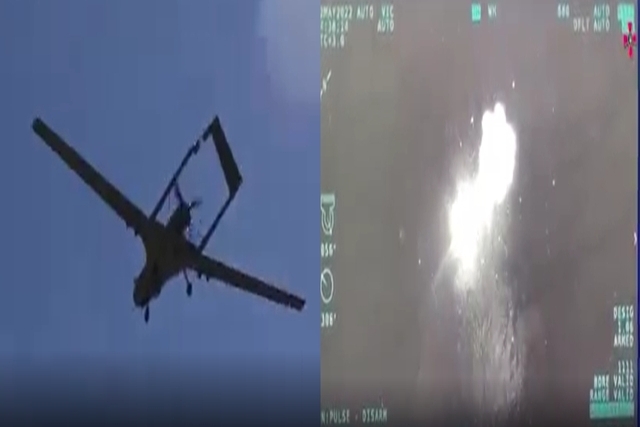 Turkey's Bayraktar TB2 drones deployed by Ukrainian forces in their battle against the Russians are among some 1,077 unmanned aerial vehicles destroyed there, as per latest figures released by the Russian Ministry of Defense (MoD).
However, Selçuk Bayraktar, Chief Technology Officer of Baykar, which manufactures the Bayraktar brand of military drones, claims that Ukraine's destruction of Russian artillery systems and armored vehicles using Bayraktar TB2 unmanned combat aerial vehicles (UCAVs) has made "the whole world" a customer.
"Bayraktar TB2 is taking out some of the most advanced anti-aircraft systems and advanced artillery systems and armored vehicles (used by the Russian in Ukraine)," he was quoted as saying in a Reuters report Monday.
The TB2, which can fly to 25,000 feet before swooping in to destroy tanks and artillery with laser-guided armor-piercing bombs, helped undermine Russia's overwhelming military superiority, he claimed.
In daily briefings about the war with Ukraine, the Russian MoD mentions significant loss of Ukrainian equipment has on several occassions pointed out to the destruction of Bayraktar drones. However, these claims cannot be taken at face value as Moscow is near-silent about the loss of its own military hardware. 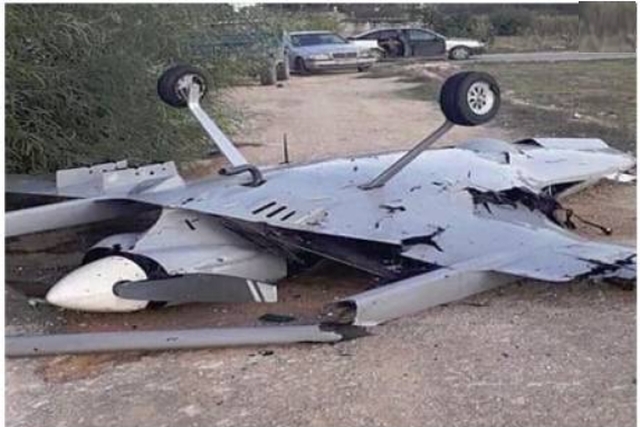 Bayraktar drone shot down in Ukraine: Image via Russian MoD

1. On May 11, the UK MoD tweeted in an intelligence update: "Ukraine has successfully struck Russian air defenses and resupply vessels with Bayraktar drones. Russia’s resupply vessels have minimum protection in the western Black Sea, following the Russian Navy’s retreat to Crimea after the loss of the Moskva (warship)."
2. On May 8, The Ukrainian MoD stated, "Precision attacks by the Bayraktars destroyed a Serna-class landing craft with a Tor missile system, two Raptor assault boats, and another Raptor was badly damaged."
On May 2, the Commander-in-Chief of the Ukrainian Army, Valerii Zaluzhnyi announced that his forces destroyed two enemy boats near 3. Zmiinyi (Snake) Island. "Two Russian Raptor-class boats were destroyed near Zmiinyi Island in the early hours today. Bayraktar is operating," Zaluzhnyi wrote on his Telegram page.
That same day, the Ukrainain MoD announced the destruction of a Russain command post and ammunition depot on Zmiinyi (Snake) Island.

Clearly the Bayraktar drones have played their part in taking the war to Russia. However, the Russians appear to have got the better of the feared Turkish-made drones as reports of Bayraktars attacking Russian positions have tapered off since the middle of May. 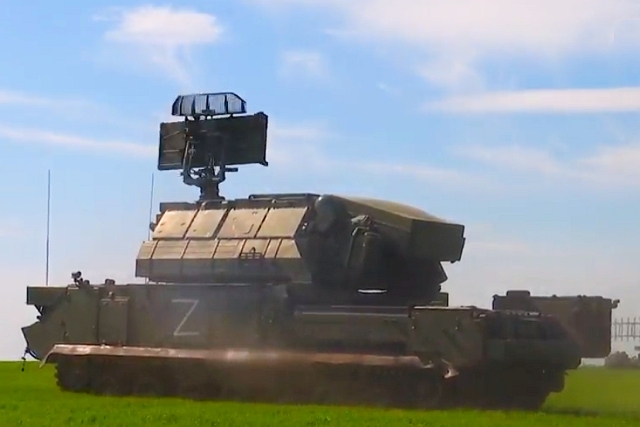 Reports in the Russain MoD's TV Channel, Tzvezda.tv say that the introduction of the mobile Tor-M2U air defense system, which combines a radar, surface-to-air-missiles besides a surveillance and tracking system has changed the compelextion of the Russian Army's fight against the Bayraktars. "The Tor-M2U can track everything-from a fighter jet to a small drone- within a radius of 32 kms and altitudes of 10 meters-10,000 meters." The Tor-M2U is the latest modernized version of the Tor-M2 and is meant to march with forward deployed army units.
Besides the Tor-M2U, Russia has beefed its arsenal of Pantsir-S1. The Pantsir in the hands of the Emirati-funded rebels in Libya had been shot at by the Bayraktars in 2020 in the first ever encounter between a drone and an air defense system.
Since then, according to Russian reports, the Panstsir-S1 has been "modified" to track objects with low radar cross section such as the Bayraktars. Current Pantsirs deployed in Ukraine have been modified to track Bayraktar-size objects from a distance of 7 km to 14 kms giving their gunners sufficient time to shoot down the attack drones.