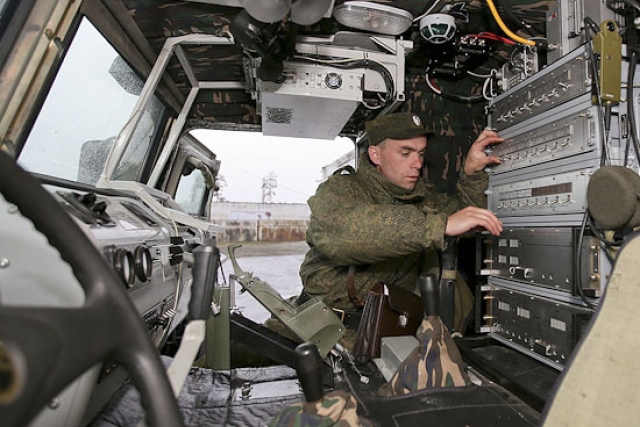 Russia has deployed a variety of electronic warfare (EW) systems in its war with Ukraine causing disruptions of communications between command & control systems and weapons, aircraft and drones.

From land to air and sea, Russian EW systems are used to deny the Ukrainians use of air waves and hence access to communication system of their aircraft, drones and weapons while reducing visibility of Russian advances.

"They are jamming everything their systems can reach," said an official of Aerorozvidka, a reconnaissance team of Ukrainian unmanned aerial vehicles was quoted as saying in a June 5, 2022 AP report. "We can't say they dominate, but they hinder us greatly."

Some of the EW systems deployed include the “Rtut-BM”, “Borisoglebsk-2” and “Lesocheck” have specific uses. For example, the vehicle-mounted “Lesocheck” systems are used to hunt and prevent the detonation of mines.
According to details released by the Russian MoD of the use of EW systems in exercises, the “Rtut-BM” can disrupt the enemy’s artillery projectiles’ electronic fuzes within an area of several hectares.

At the same time the “Borisoglebsk-2” systems are used to conduct communication reconnaissance and locate the enemy’s signal center and command posts, as well as detect frequencies used to communicate with battlefield units which is followed by persistent jamming. 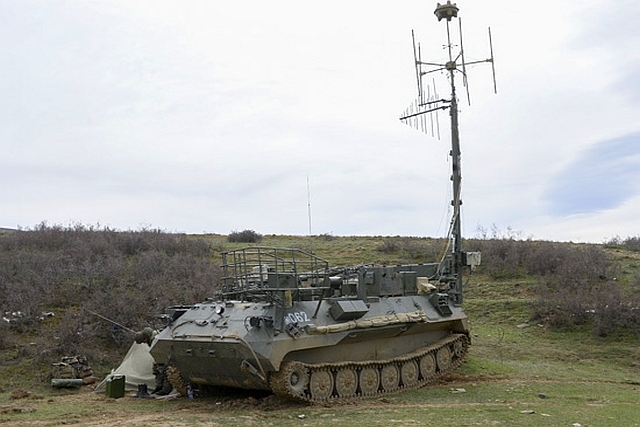 Not only is it enough to disrupt the enemy's electronic systems, it is also necessary to protect against the adversary's EW attack. Here the Russian armed forces use several tricks to protect radio channels from electronic suppression by the enemy. These include frequent mobility of field nodes, physical and electronic camouflage of satellite communication nodes, antennae and cable lines.

The system is made up of several machine stations on the basis of a multi-purpose armored all-terrain vehicle. It has an extended frequency range of radio intelligence and electronic jamming. The Borisglebsk-2 can jam control channels of unmanned aerial vehicles and radio-controlled landmines of the adversary.

Another EW System used by Russian forces is the "Pole-21" that can disrupt the functioning of a drone swarm by suppressing the channels that link the enemy's drones to global satellite and radio navigation systems.

The system is considered effective against small-sized UAVs within its "impact zone" said to be several square kilometers. The "Pole-21" system allows to establish up to a hundred radio interference posts in the zone of coverage.

According to TASS, the Pole-21 electronic countermeasures station was introduced in 2019; intended to protect against cruise missiles, drones and guided air bombs by way of radio suppression of the equipment connected to global satellite and radio-navigation systems. The latest station’s equipment makes it possible to set up as many as 100 radio interference posts.

The "Leer" is said to be very effective within a radius of 6 km using interference transmitted by a specially-equipped Orion drone. During the early days of the war in February this year, users of cell-phone and hand-held radios complained of intermittent communications blackout which was later attributed to use of the Leer EW system which is said to have "high conflict stability in conditions of electronic suppression by the enemy," a Tvzvezda.tv report said.

In a 2020 exercise, the Russian military blocked and shut down the communication systems of a mock enemy within a radius of 6 km using interference transmitted by a Leer-equipped drone. 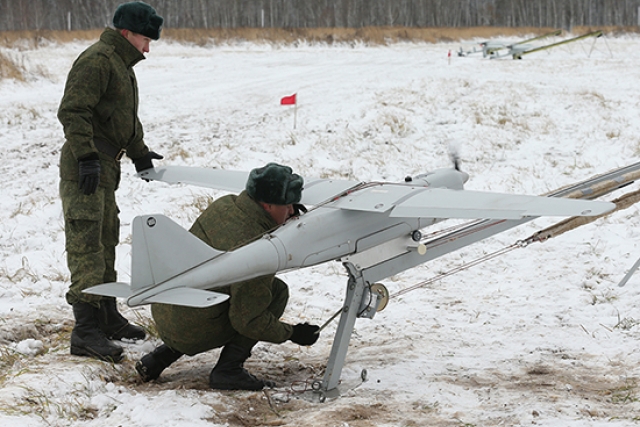 In addition to the "Borisoglebsk-2" EW system which though mobile needs to be set-up, the Russian forces in Ukraine has been using the Sinitsa and Zhitel systems mounted in Ural all-terrain vehicles, as well as a version of the Leer-2 on Tigr armored vehicles.

Russian Forces have EW units as part of every field battalion. The troops are well versed in the deployment and usage of various types of EW assets thanks to regular EW exercises. According to the Russian MoD's data, some 30 EW exercises are held every year at various levels of the military to hone skills of both technical and non-technical personnel. A major competition called "Electronics Frontier" is held every two years pitting troops of various military districts against one another in EW games.

In March this year, reports emerged that the truck-mounted Krasukha-4 EW system had been abandoned in Ukraine. The system is designed to jam low-orbit satellites, drones, missiles, track and jam the communication systems of NATO aircraft. The capture is said to have given Ukraine and its Western supporters an opportunity to study the workings of the highly rated Krasukha-4.

Details of a U.S. truck-mounted EW system appeared since 2018 which media reports said was modelled on the Krasukha-4 tactical battle-field EW system. So, getting hold of an actual Krasukha-4 would provide a lot of intel to NATO about the working of one of the most successful Russian EW system. 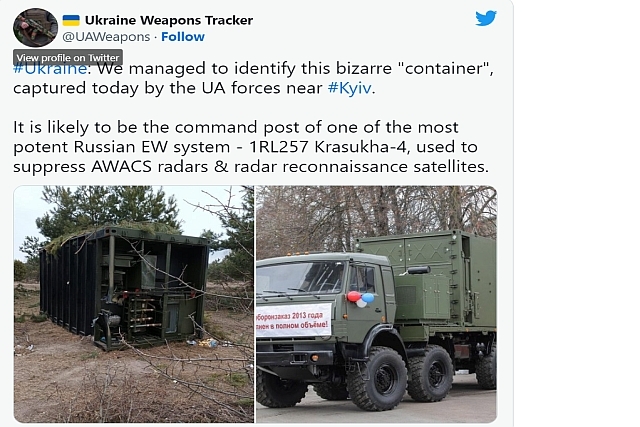