Is Russia Preparing for War with the Taliban? 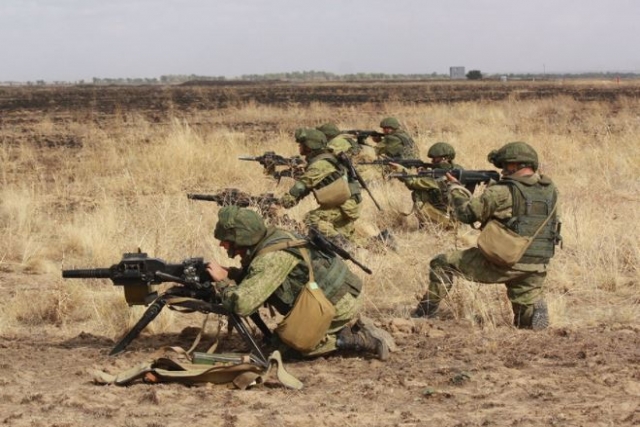 Russia, Tajikistan and Uzbekistan concluded a massive military exercise just 20 km from the border with Afghanistan today in what appears to be a show of force against the Taliban group which is rapidly taking over vast swathes of land from the Kabul government.

"We are completing joint exercises of the armed forces of Tajikistan, Uzbekistan and the Russian Federation. For the first time, the use of an international group of forces with the massive use of aviation, reconnaissance and fire power based on the experience gained in the Syrian Arab Republic was demonstrated," commander of the Russian Central Military District, Colonel-General Alexander Lapin to Russian journalists.

The drills held at the Harb-Maidon training ground very close to the Afghan border saw the participation of over 2,500 servicemen of which 1,800 were from Russia. About 500 pieces of weapons and military equipment were involved.

The official noted that the exercises were conducted against the background of the aggravation of the situation in Afghanistan and the threat of penetration of radical terrorist groups into the border countries of the Central Asian region.

"Over the past few years, there has been a transfer of tension from the territory of the Middle East to Afghanistan. Analysis of the processes taking place in recent years shows that the situation in our region will depend on the development of events in the political situation in this country," Minister of Defense of the Republic of Tajikistan, Colonel-General Sherali Mirzov, commented.

The exercises saw the militaries of the three countries defeat a simulated group of "illegal armed group" that crossed the state border in southern Tajikistan.

“According to the plan of the exercise, a group of armed militants illegally crossed the state border to commit terrorist attacks on the territory of the republic. The crew of the L-39 aircraft from Tajikistan carried out aerial reconnaissance of the area, during which they found the places of accumulation of militants. The pilots transmitted the coordinates of the targets to the Russian and Tajik crews of Mi attack helicopters, and to the ‘Grad’ and ‘Uragan’ multiple launch rocket systems. After a fire strike, motorized rifle units of the three countries on BTR-82A armored personnel carriers, BMP-2 infantry fighting vehicles, reinforced by the crews of T-72 tanks, completed the defeat of the main enemy forces,” the press service of Russia’s Central Military District announced on Tuesday.

To block the militants retreating to the rock ridge, Special Forces of Tajikistan carried out a parachute landing from an An-26 aircraft. "Assistance in neutralizing the conditional enemy, who took refuge in the mountains, was provided by the calculations of mortar guns of the 201st military base and the armed forces of the Republic of Uzbekistan, who fired along a hinged trajectory," the district added. 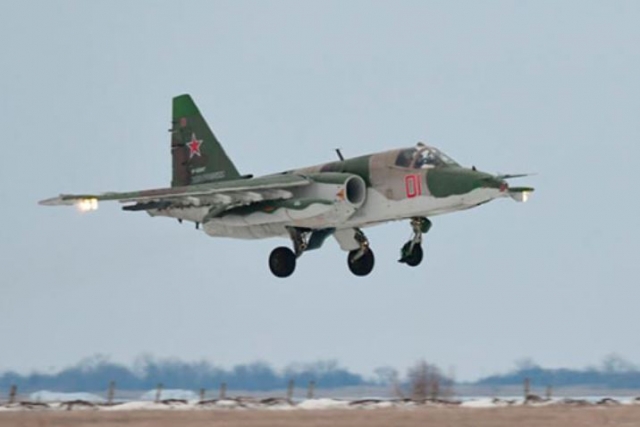 During the exercises, Russian Su-25 jets provided fire support for motorized rifle and tank units, as well as air cover for the landing of airborne assault forces during the active phase of the exercises of military personnel from Russia, Tajikistan and Uzbekistan.

Su-25 pilots took off from the Gissar airfield and carried out group air strikes using more than 350 S-8 unguided air-to-surface missiles at targets simulating a column of lightly armored vehicles and an accumulation of illegal armed forces.

The Central Military District said the pilots worked out the elements of complex piloting and carried out an escape from the attacks of the enemy's portable anti-aircraft missile systems.

"The personnel of the flamethrower units assigned to reinforce the motorized riflemen were tasked to suppress the identified targets. Bumblebee calculations on armored personnel carriers. -82A moved to the designated area and destroyed the sheltered manpower. Shooting was conducted from flamethrowers with various types of ammunition, both single shots and volleys of flamethrower squads at ranges of up to 700 meters,” the press service said.

The flamethrowers ensured a breakthrough of the enemy's area, equipped with long-term firing points, in the interests of the offensive of their main forces. 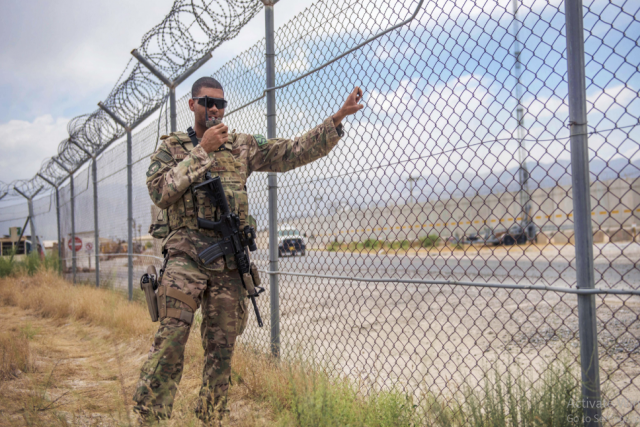 With increase in Taliban incursions into Pakistan, the latter has now announced the completion of 90% of a fencing project being constructed along the border with Afghanistan. Pakistan started the fence along the 2,611-kilometer (1,622-mile) border... 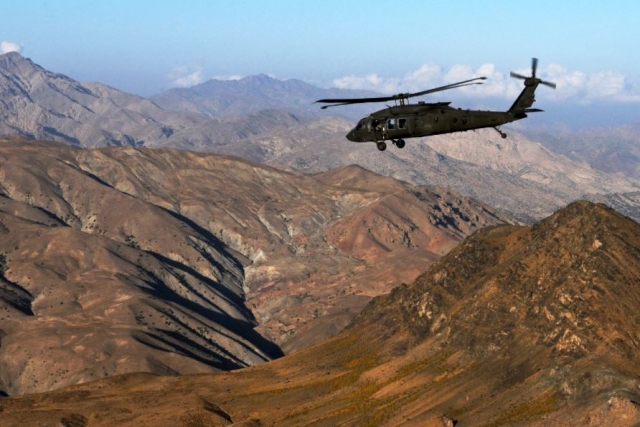 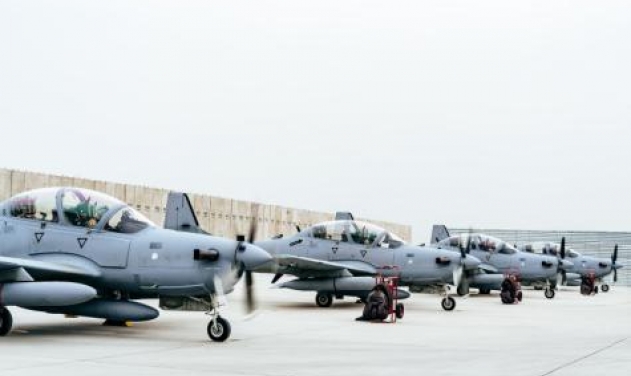 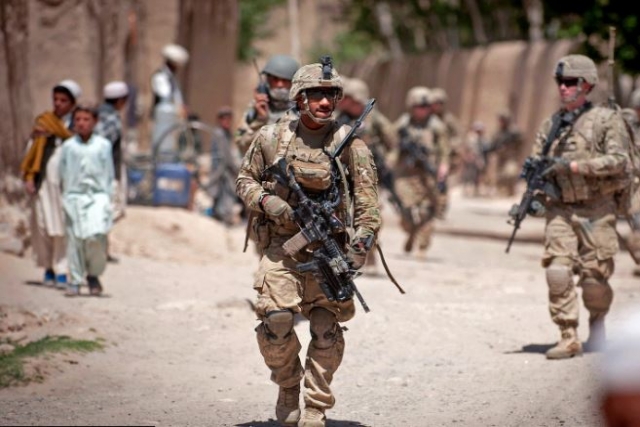 The Pentagon announced Wednesday that approximately 160 C-17 loads of materiel and equipment have left Afghanistan even as a resurgent Taliban warned against having American bases in nearby regions such as Pakistan. The U 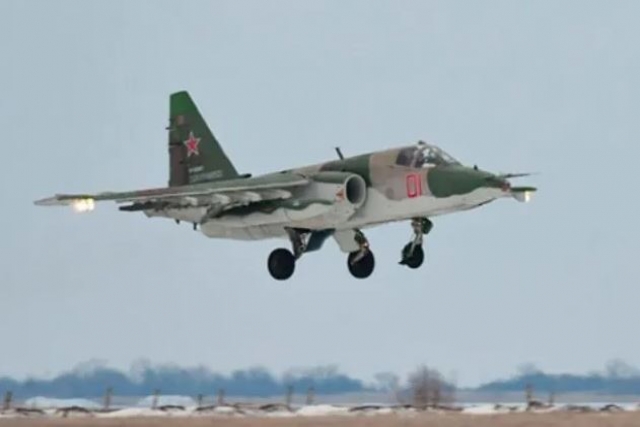 Russian Su-25 Ground Attack Aircraft to Participate in Exercises with Tajikistan near... 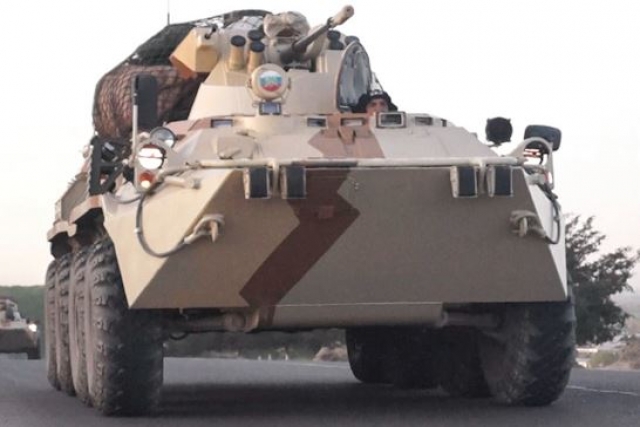 Russian Military to Move 30 T72B3M Tanks to its Base in Tajikistan...

The Russian military base in Tajikistan will receive 30 modern tanks by the end of 2021 against the background of the Taliban coming to power in Afghanistan. They are reported to be T72B3M tanks, the latest... 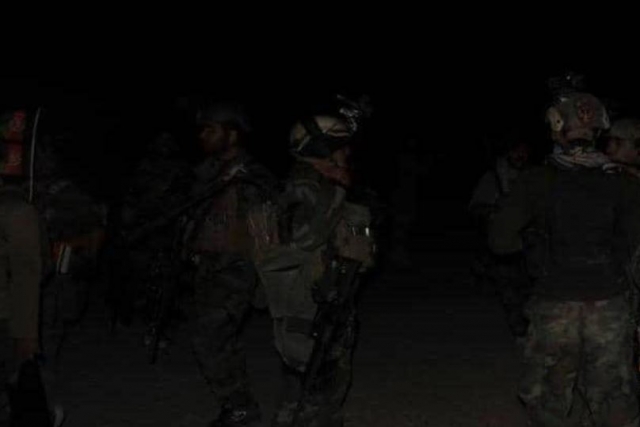 As the Taliban takes control of Afghanistan, China and Tajikistan started a two-day joint anti-terrorism drill to strengthen military preparedness. The drill conducted in Tajik capital Dushanbe is organized by China's Ministry of Public Security and... 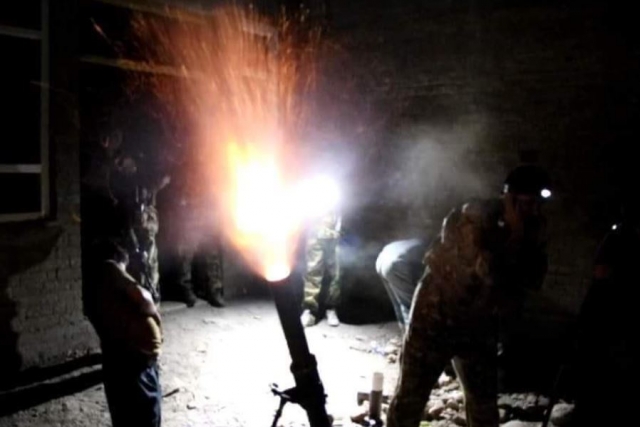 As the fighting with Taliban turns violent, Afghanistan has sought to acquire combat helicopters from Russia. "We have requested new helicopters from the Russian side to strengthen our Air Force 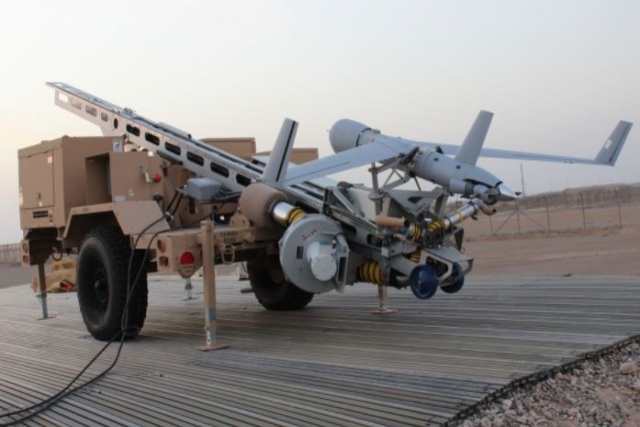 A day after Taliban fighters took control of India-gifted Mi-35 attack helicopter operated by the Afghanistan military, reports arose that claimed that the latter lost a ScanEagle drone produced by Boeing to them. On Thursday, 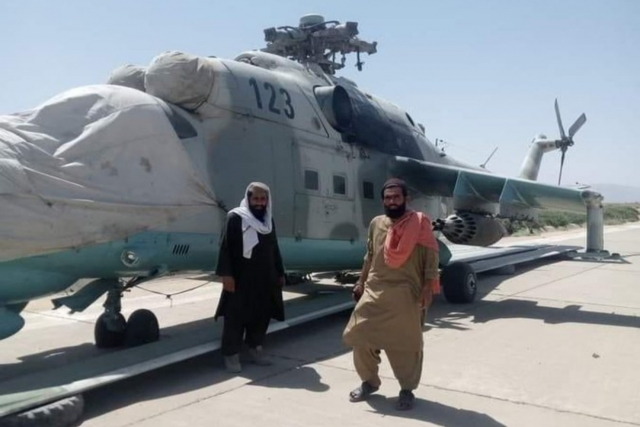 Taliban fighters have reportedly captured an Mi-35 attack helicopter gifted to Afghanistan military by India two years ago. The helicopter fell into the hands of the Taliban at Kunduz airbase on Wednesday