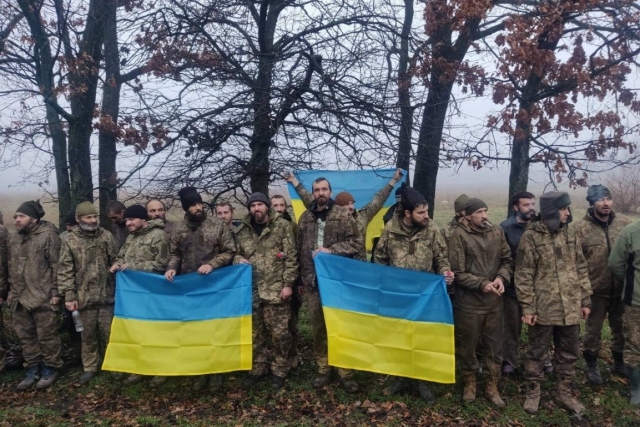 U.S. defense contractors have become the biggest beneficiaries of the Pentagon’s billions of dollars of arms aid to Ukraine since February this year, even as Kyiv is reportedly consuming weapons and ammunition in numbers disproportionate to results achieved in battle.

New and repeat contracts for weapons and ammunition which usually take years to materialize are coming their way in months if not weeks.

While initially, Washington sent weapons from U.S. military inventory, it later on formalized an arrangement under which Ukrainian request for arms was met with direct orders placed on arms manufacturers by the Pentagon.

The Defense Department reportedly spent more than $2.6 billion between May and October of 2022 replenishing stocks of key weaponry and equipment dispatched to Ukraine.

In addition, European Union nations have sent €2 billion worth of arms till May 2022.

American companies are at the forefront of not only Pentagon’s supplies to Ukraine but also replenishing stocks of European countries that have provided to Ukraine from their own stock.

Since February 24, Allies and partners worldwide have provided or committed over $13 billion in security assistance to Ukraine.

Defensemirror has made an indicative list of companies that have benefited the most from Western arms supplies to Ukraine. The biggest beneficiaries are Lockheed Martin and Raytheon. 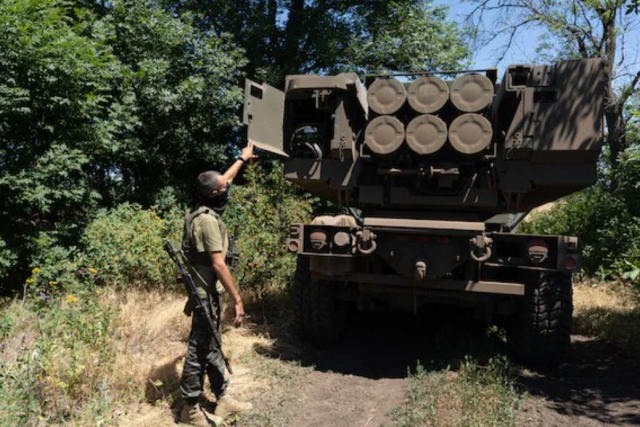 Broken down by type of equipment unmanned systems,  Ukraine has received some of the latest equipment in service with U.S. Forces such as attack and reconnaissance drones, artillery rocket systems, radars and shoulder-fired anti-armor systems not to mention ammunition for these weapons.

The U.S. confirmed it sent the following weapons to Ukraine until November 23, 2022: 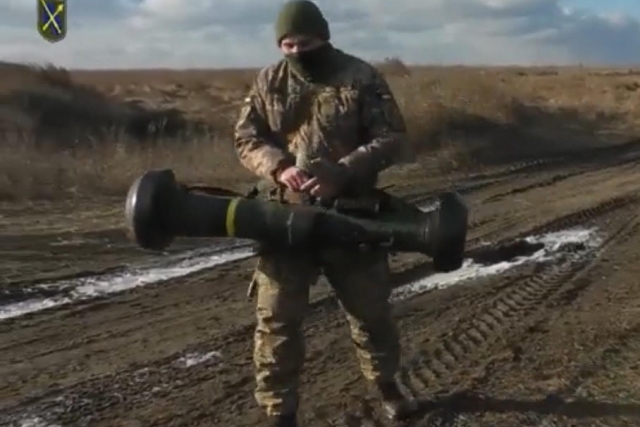 In addition, U.S. companies have benefited from orders placed by European nations to replenish equipment they gave away to Ukraine. European nations have mostly parted with Soviet era and older western missile systems, artillery and armored vehicles which they wanted to get rid of and replace with the latest American systems to achieve NATO ‘”interoperability.”

In the past nine months, the demand for weapons used by the Ukrainians in the war has risen exponentially – countries throughout the world have requested for these weapons worth a staggering $8.16 billion; the value for 12 months before the Russia-Ukraine war broke out stands at $1.09 bi­llion.

Several contracts have also been finalized – Jordan and Lithuania placed an order for Javelin missiles worth $311.17 million.

Lockheed Martin is working to double production High Mobility Artillery Rocket System (HIMARS) to 96 a year, according to a Reuters report. Prior to the Ukrainian conflict, HIMARS were a low demand equipment having sold less than 40 units during 2020-21.

Lockheed Martin and Raytheon won $431 million and $1.2 billion in the first week of December for HIMARS light MLRS and NASAMS air defense systems respectively. A statement by the Pentagon said the HIMARS systems were being procured to satisfy what it calls “urgent need.”

Raytheon won a $182.3 million deal in late August for delivery of two initial NASAMS to protect Ukraine’s airspace. The deal for six more NASAMS follows the Pentagon’s announcement that the first two batteries of the system are now in Ukraine and operational.

Defense Secretary Lloyd Austin told reporters in early November that NASAMS currently in Ukraine have had a “100% success rate in intercepting Russian missiles.”

Following NASAMS’ “success” in Ukraine, where it reportedly shot down all 25 Russian missiles in recent days, the Pentagon has also sought existing systems from allies in Europe and the Middle East to supply to Kyiv which will be backfilled from orders placed on Raytheon earlier this week.

NASAMS are operated by five NATO members—Hungary, Lithuania, Netherlands, Norway, and Spain—and Oman and Qatar in the Middle East, according to Forecast International. Australia, Chile, Finland, and Indonesia also operate the system.

While Ukraine continues to receive military supplies from the U.S. and its allies, concern is growing that Ukraine is burning through a lot of ammunition and equipment; disproportionate to the results it has achieved on the battlefield.

A senior NATO official was quoted as saying by The New York Times that the Ukrainians were firing 6,000 to 7,000 artillery rounds each day in the Donbas region last summer. By comparison, the U.S. can produce only 15,000 rounds each month.

Not only are the Ukrainians expending too much ammunition, they are firing expensive missiles to take down cheap drones. “(U.S.) Officials are increasingly pushing Ukraine to be more efficient and not, for example, fire a missile that costs $150,000 at a drone that costs $20,000,” the New York Times article says.

In the U.S. weapons industry, the normal production level for artillery rounds for the 155mm howitzer is about 30,000 rounds per year in peacetime.

“I’m greatly concerned. Unless we have new production, which takes months to ramp up, we’re not going to have the ability to supply the Ukrainians,” Dave Des Roches, an associate professor and senior military fellow at the U.S. National Defense University, told CNBC.

Europe is running low, too. “The military stocks of most [European NATO] member states have been, I wouldn’t say exhausted, but depleted in a high proportion, because we have been providing a lot of capacity to the Ukrainians,” Josep Borrell, the EU’s high representative for foreign affairs and security policy, said in early September.

“We are now working with industry to increase production of weapons and ammunition,” Stoltenberg told The New York Times, adding that countries needed to encourage arms makers to expand their capacity longer term by putting in more weapons orders.

The Javelin shoulder-fired, precision-guided anti-tank missile, produced jointly by Raytheon and Lockheed Martin, has been indispensable in combating Russian tanks. But Javelin production in the U.S. is low at a rate of around 800 per year, and Washington has now sent some 8,500 to Ukraine, according to the CSIS — more than a decades’ worth of production.

President Joe Biden visited a Javelin plant in Alabama in May, saying he would “make sure the U.S. and our allies can replenish our own stocks of weapons to replace what we’ve sent to Ukraine.” But, he added, “this fight is not going to be cheap.”

Lt. Col. Andrei Baevsky of the People’s Militia, who is also a deputy of the parliament of the DPR was quoted as saying by The EurAsian Times that Ukrainian pilots are letting their HARMs lock on to random emissions from within the city. He claims Ukraine prefers to consume its HARM missiles rather than conserve them in order to ensure the continued resupply of weapons from the US. Ukraine aims to keep the West involved in the conflict by increasing Western stakes in it.

The Washington Post reported on Dec.14 citing senior U.S. that the White House was planning to supply Ukraine with advanced electronic equipment to convert unguided aerial munitions into high-precision “smart bombs” to target Russia’s military positions. The delivery could include global positioning devices for precision that could be deployed onto a variety of arms and create JDAMs. Russian military expert Alexei Leonkov told Sputnik that this potential delivery to convert missiles into “smart bombs” makes no sense as the Ukrainian forces no longer have military aviation capable of using such munitions.